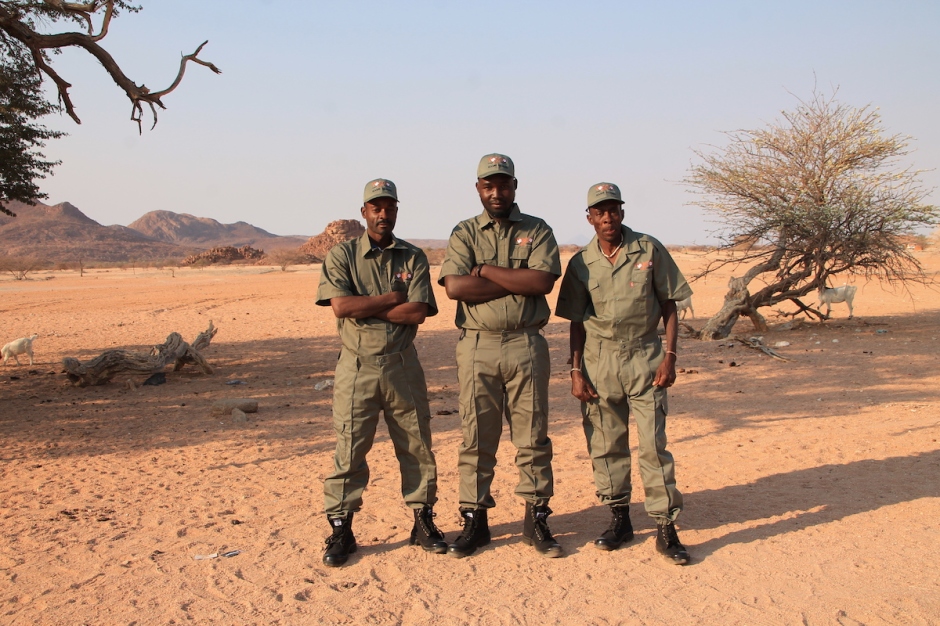 We are running the three-months mark since we all learned about a new virus leading to a serious respiratory issue in China. What may have been seen as a Chinese issue at that time is now very much a global problem. We are facing a major and largely unforeseen global challenge that affects people and economics in all corners of the world. The tourism industry and the conservation are no exceptions.

Tourism is facing a serious crisis due to the worldwide pandemic of the COVID-19 corona virus. The stock market has been crashing over the past weeks. Without any certainty about how long this crisis will last or what the final economic and structural impact on tourism will be, potential tourists are more likely to adopt a “wait and see” approach as the crisis unfolds. A less direct, but serious impact is on conservation, especially when its strongly linked to tourism, which is the reality in Namibia.

The impact on global and local the tourism industry

International tourism has been growing non-stop since the 1950s. By 2018, the number of arrivals increased to 1.4 billion and is estimated by the United Nations World Tourism Organisation (UNWTO) to account for $1.4 trillion and 7% of the value of the world’s goods and services. This means that the virus does not only affect tourism itself but also the global economy.

Since late January the impact of COVID-19 on the tourism has been undisputable. Hotels, airlines, cruise lines and tour operators are among the hardest hit in the industry, suffering from immediate consequences.

Tourism is one of the main contributors to the Namibian economy, together with mining  and fishing.  According to the report released by the Namibia Tourism Board in 2015 the contribution of tourism to the economy, both directly and indirectly, was estimated at N$ 15.1 billion, (representing 10.2% of overall GDP) and more than 100,700 jobs. (14.5% of total employment)”.

The State of Emergency declare on the 17th of March and the 3-weeks lockdown announced by the Namibian government therefore poses a direct threat to the social welfare of the Namibian population.  Some of the measures that the country has been taking as part of the plan to stop the pandemic are;

Although these measures of the Namibian government are correct due to the magnitude of the situation, they pose a serious threat to the tourism industry.

Be kind to Africa: Postpone your trip, do not cancel

This pandemic will affect tourism alongside with the conservation matters. 2020 was meant to be a promising year for conservation and nature with the IUCN World Conservation Congress planned for July in Marseille, France and the UN Convention on Biological Diversity (CBD) in October in China. The fact that all these negotiations and meetings had to be postponed, is not only unfortunate for helping to save the planet, but also for the public awareness that these events raise through campaigns that were planned alongside them. It is understandable that the environment is not at the forefront of most people’s minds, however it can be argued that climate change and biodiversity loss had a role to play in the spread of pandemics. Scientists call the outbreak a “warning shot” from nature, and claim that global heating and the destruction of nature for farming, mining and housing drive wildlife into too close contact with humanity (Guardian, 2020). According to them, live animal markets are furthermore the “ideal mixing bowl” for a pandemic to emerge.

Apart from the negative news that this pandemic brings it also allows authorities to finally take actions to protect nature. In February, China introduced new measures on wildlife trade and banned the consumption of wild animals. The other good news is coming from the space agency. They noted that the decline in air pollution levels coincided with restriction imposed on transportation and business activities, and as millions of people went into quarantine. Non only in China the air pollution has been drastically reduced but around the globe. People in urban centers like in France are been seeing the starts for the first time in years.

Still, it is inevitable that conservation is facing a serious challenge, and according to many conservationists, this is particularly when it relies on tourism. According to them, we need to start changing the metabolism of the world economy and imagine a new financial model for conservation in a post-carbon world, away from fossil fuels.

Don’t cancel your trip to Namibia, just change your dates!  Save tourism – Save Conservation

Namibia’s undisrupted nature and wildlife are without a doubt the country’s most important tourism offerings (NTB, 2020), and the income generated by tourism is vital for the ongoing conservation efforts in the country, while providing livelihoods for rural disadvantaged communities. With a high rate of unemployment and the inherent difficulties faced by agriculture in a semi-arid environment, community based tourism is an important tool for poverty alleviation, and for providing alternative livelihoods, especially in Namibia’s communal areas or ‘conservancies’. Conservation in Namibia empowers rural disadvantaged communities who live with wildlife on a daily basis. With the support of tourism, the threat of human wildlife conflicts can be turned into an opportunity, whereby communities receive significant benefits from wildlife. For example through employment in lodges, as rangers or in anti-poaching units, through revenue sharing from tourism activities and through revenues from trophy hunting. Over the years, this has resulted in conservancies becoming the custodians of wildlife, a crucial relationship that determines the success of conservation.

All lodges in partnership with the conservancies will suffer big time with inability to pay salaries for game guards and rangers, quite challenging for conservation.

TOSCO stands for “Tourism Supporting Conservation”. Over the years, we have received tremendous support from Namibian tour operators that have benefited a variety of Namibian conservation projects, including Desert Lion Conservation (DLC), Save the Rhino Trust (SRT) and Elephant-Human Relations Aid (EHRA). But without successful initiatives to look after our natural resources, tourism businesses could not be sustainable. In other words, conservation and tourism go hand in hand. In a world where everything comes to a halt, our efforts to continue supporting conservation must continue, so that future visitors can enjoy nature and wildlife as much as before.

TOSCO usually supports conservation initiatives through collecting membership fees from tour operators, but in the light of today’s crisis we need to adjust and welcome donations to ensure that our wildlife is safeguarded throughout this crisis. That is why TOSCO has started a fundraising, whereby donations are used to support conservancies and maintain their tolerance towards wildlife.

It is crucial that tolerance towards wildlife remains to exist amongst these communities, as all conservation efforts in Namibia rely on this positive relationship. The funds will be channeled through our field partners for this program, which are the Lion Ranger Program, Save the Rhino Trust (SRT), Integrated Rural Development and Nature Conservation (IRDNC) and Elephant Human Relations Aid (EHRA). They will allocate the funds particularly for field allowances of lion rangers, rhino rangers and game guards, conflict management practices, and compensations for livestock losses due to human wildlife conflict.

Make your donation for Namibian conservation by visiting our fundraising page.